For those who keep trying and others who have possibly even given up. 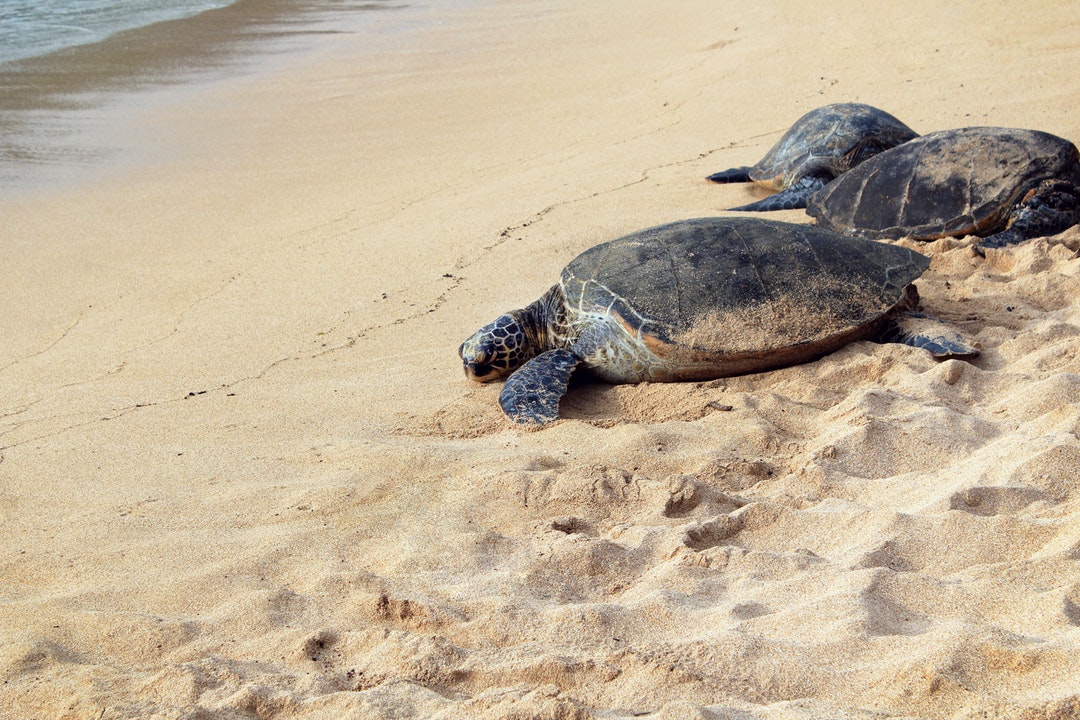 The link is to an article on the launch of a baby turtle after it had been rehabilitated.

There are many other angles to this story I could have taken up (ethics of illegal fishing nets, all the way to the role of large chain hotels in tourism & development).

But I’d like to focus on the simple fact that the turtle’s story is about success.
And what it took to enable that.

In the case of the turtle story, there was already a lot of energy and expectation built into the initial launch.

Following a nasty experience with human pollution, the Maldivian turtle had been rescued.
One of it’s flippers had to be amputated and the other two repaired.
It had been orphaned from it’s family.
It then had to be rehabilitated and if the project were to succeed, returned to its native environment.
That seemed to me quite a feat to pull off – given that at the end, it sort of all depended on the turtle.

That first time they put the turtle back in the sea, the crowd that had gathered anticipated that it would leave and disappear into the ocean. Good to go. Right?

But lo... the first big lesson. The turtle didn’t make it.
No matter the protecting or patience... The turtle clearly wasn’t going to make it.
Shock. No one expected THAT!

What happened next is perhaps the metaphor that is helpful to motivating you past your current implementation challenge.

Dealing with “it” – the in-between:

Within a short time, it was clear the turtle wasn’t going to be able to swim sufficiently efficiently to survive. So the turtle project people took their foiled enthusiasm and high expectations and the turtle – back to the tank.

This failure was a possibility of course, but now failure had to be dealt with.
The success path now lay beyond repairing the biological mechanics of repairing the flippers.
What lay ahead now was whether the turtle had enough gumption to go back in there and try again.

That’s the turtle’s gumption – not theirs.

So... they swam with the turtle. They stayed with it... hung out with it.
For a day. Then two. Basically they didn’t know exactly what to do next.

And then, about a week later, they and the turtle returned to the sea.
Guess what?

Without trivializing the obviously miraculous event that took place in the second launch of the turtle, what might be useful is to think through the literal and metaphoric in between period. As in implementation, often the end result isn’t clear, and in between lie a bunch of moving parts and unknowns.

In those cases, sponsorship, the traditional bastion of reliability in cases where implementation is successful, may shift.

Enabling successful implementation initiatives and portfolios, in dynamic environments, where things change to such an extent that sometimes it makes sense to go back and re-visit plans, can require significant internal realignment. In a truly human sense, as well as professionally, that can be difficult.

But, as in the case of the turtle, understanding the nature of these challenges, and what they require of us is helpful. Because when you do, you enter the realm of possibilities that result in the turtle making it.

But the part that may be worth considering more deeply is the possible common in-between parts.
What it takes to make something new or different, successful.

What was in the mind of the researchers and the turtle during that in-between week?
That part, in successful implementation, is when the cameras go away.
But that’s also what has to happen for success to have its chance.

Clearly, in this case, sustaining sponsorship for the in-between part was strong enough to provide the buffer to enable the second attempt. The turtle’s Beginner’s Mind is what we focus on, what we celebrate – that’s where the result actually happened.

Claire Ryan and her father’s version of Randy Newman’s “You’ve Got a Friend in Me”:
(https://www.youtube.com/watch?v=ukD8zj6ngVY)